Saving the School of Conservation 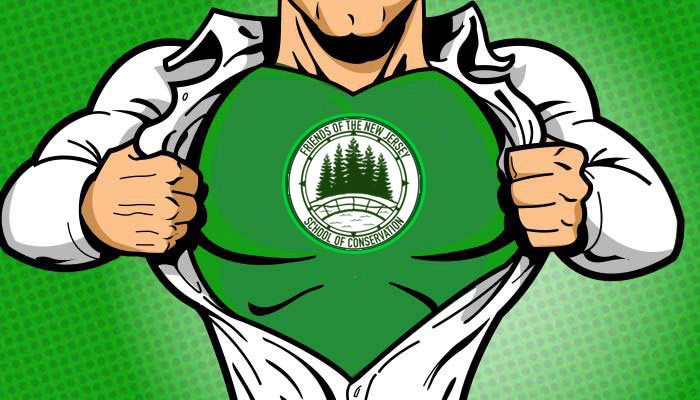 The New Jersey School of Conservation was founded in 1949, and occupies facilities in Stokes State Forest built by the Civilian Conservation Corps and previously known as the Skellinger Group Camp. From the beginning, Montclair State Teachers College was designated as the state agency responsible for the administration of the School. In 1981, Montclair’s management responsibility was defined in legislation that established NJSOC as a school for environmental field study in perpetuity. The legislation also provided an annual appropriation for the programming and maintenance of NJSOC that over the years grew to $1,050,000 annually.

In a letter to the Commissioner of the New Jersey Department of Environmental Protection (NJDEP) dated April 29, 2020, the President of Montclair State University (MSU) announced her intent to close the School of Conservation, layoff its 18 full-time employees, and return its management to NJDEP, the owner of the property, on July 1, 2020. The letter cites a lack of state funding for the previous nine years and the university’s inability to continue to fund the School.

The Friends of the NJ School of Conservation responded immediately with a letter-writing and publicity campaign in which supporters of the School advocated to keep it open. The campaign attracted the necessary attention that would later set the stage for negotiations between the Friends and NJDEP for the interim management of the School.

In the meantime, NJDEP directed MSU to issue a Request for Expression of Interest (RFEI) to begin a search for a new manager for NJSOC. On July 24, 2020, the Friends of NJSOC submitted a formal response to the RFEI. On August 31, 2020, MSU vacated the premises, returning management to NJDEP. The Friends’ RFEI response made it possible to initiate discussions with NJDEP.The Friends contacted NJDEP, offering to perform maintenance and security checks, and indicating interest in managing the facility until a permanent manager could be found. An initial meeting between Friends representatives and NJDEP staff was held on September 14, 2020. Additional meetings and site visits followed, leading to a first draft of a right of entry agreement providing the Friends with limited access for programs. The Friends’ negotiations team continued to meet with NJDEP representatives throughout the winter of 2021 to reach an agreement that was fully-executed on April 1, 2021.

In the meantime, the Friends have built the support structure necessary to move forward with temporary management of NJSOC, beginning with a Board of Advisors and Trustees consisting of talented and committed environmental leaders and three former governors (Governors Florio, Whitman, and Kean). In addition, four committees have been formed to help guide NJSOC’s future:

Now that the right of entry agreement is secured, a program schedule will be finalized and advertised. Legislation is being developed to secure permanent funding. The Friends will also prepare to respond to a RFEI, which the NJDEP is expected to release in the near future. This process will result in the selection of a permanent manager for NJSOC.